Guaranteed departures on Sundays and Mondays from Tunisia capital.

NEW SPACE TRAVEL offers you a cultural and nature trip in 4×4. Ideal for adventurous people, who want to know the most amazing places in Tunisia, especially in the south with its oases, deserts, the “STAR WARS” scenery among the dunes, salty lakes, “oueds”, dromedaries, the “limes”, troglodyte houses, “ksour”, … along with the souks of Tunisia and Sfax and the magic of Kairouan and Djerba. And also … a night in a “jaima” (tent) under the stars of the Sahara! 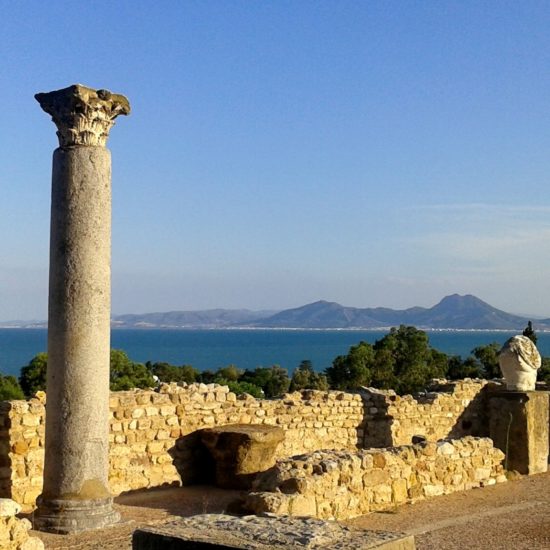 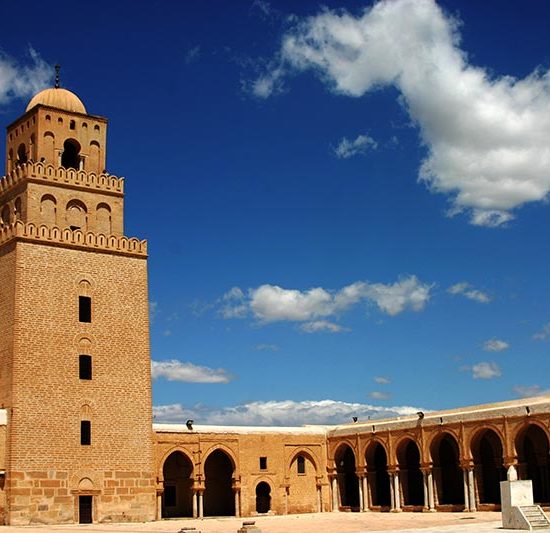 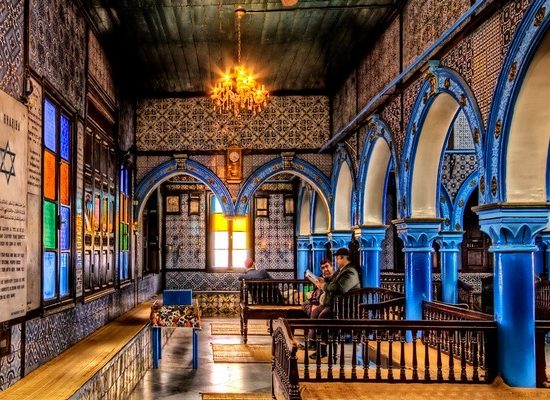 Arrival to Tunis and transfer to hotel in Tunis. Dinner and accommodation at the hotel.
2

After breakfast, leave for the holy city of Kairouan. Stop at the Aghlabid pools, the city's main water reservoir. Visit the impressive Mosque Sidi Okba, founded in the 7th century and the mausoleum of Abou Zemaa El Balaoui, also known as the "prophet Berber”. Explore the old town and its characteristic markets. Lunch at the restaurant. Next, travel to Tozeur, home to one of the most famous Saharan oasis. Everything depends on an intricate system of irrigation - first established in the 13th century - that ensures an equitable distribution of this precious resource. Dinner and accommodation at the hotel in Tozeur.
3

ter breakfast, we drive out of Tozeur to the nearby mountains Jebel Negueb. Begin with a visit to the old town of Chebika which hosts a natural spring that supplies water to the oasis. Next, travel to Tamerza abandoned after disastrous flooding in 1969, to admire the local waterfall. Finally, Mides, a village near the Algerian border, that clings to a rocky outcrop in an impregnable position and is almost entirely surrounded by sheer-walled canyons. Return travel to Tozeur.  Visit the old medina famous for its distinctive architecture, using small red bricks made by hand locally, and the souk.   After lunch at the hotel, depart to explore the big palm-grove of the oasis before traveling to the desert, (visiting the Star Wars and English Patient filming locations along the way). Enjoy the sunset over the dunes.  Dinner and accommodation at the hotel in Tozeur.
4

After an early breakfast, depart towards Douz across the barren “Chott El Jerid”, a wide expanse of salt flat. Debebcha is an abandoned village drowned by the sand of the dunes. Next, visit the village inhabited by the nomadic M’razuig tribe with its busy Thursday market. (Optional dromedary rides in the desert. Paid on spot) Lunch at the restaurant. Drive on desert tracks across the stony flats to the oases of Ksar Ghilane, surrounded by dunes. It was once the most southerly frontier of the Roman Empire. The spring supplies warm water to the oasis. Dinner and accommodation at the desert camp.
5

After an early breakfast, depart towards the splendid settlement of Chenini, one of the remaining Tunisian villages where the Berber dialect is still spoken. Located on a hilltop, it was a fortified granary, or “ksar” to help protect it from raiding parties. The oldest structures on the hillside date back to the 12th century. Next, travel on to the island of Djerba. After lunch in the hotel, touring across the island visiting the potters of Guellala, the Ghriba Synagogue and Houmt Souk, the main city. Dinner and accommodation at the hotel in Djerba.
6

After breakfast, drive to Jorf. Continue on to Medenine and Metameur to discover their ksour, which were ancient Berber granaries used to stockpile crops. Hit the road to the Berber village of Toujane, its “ksar” is located on a hilltop. Next, explore the underground dwellings in Matmata, excavated out of the softest yellow rock of the rounded hillsides. Lunch at the hotel. After lunch, driving to the coastal oasis of Gabes. Visit the spice market (souk Jara) and the oasis. Next head to Sfax, Tunisia’s second largest city. Visit its historic medina. Dinner and accommodation at the hotel in Sfax.
7

After breakfast in the hotel, drive to El Jem, to discover its grandiose colosseum, the third largest in the Roman world and its museum. Continue to the modern city of Tunis to visit the Medina, exploring the narrow souk lined streets before heading to lunch. Next, head out to visit the ancient city of Carthage. Explore the ruins which surround this once prosperous Roman city including stops at the Tophet, the Punic Harbours, Antonin’s Bath and the Carthage Museum. Continue from here to the village of Sidi Bou Said, boasting spectacular breath-taking views of the Gulf of Tunis. Dinner and accommodation at the hotel.
8

After breakfast, transfer to the airport Tunis-Carthage. End of itinerary. 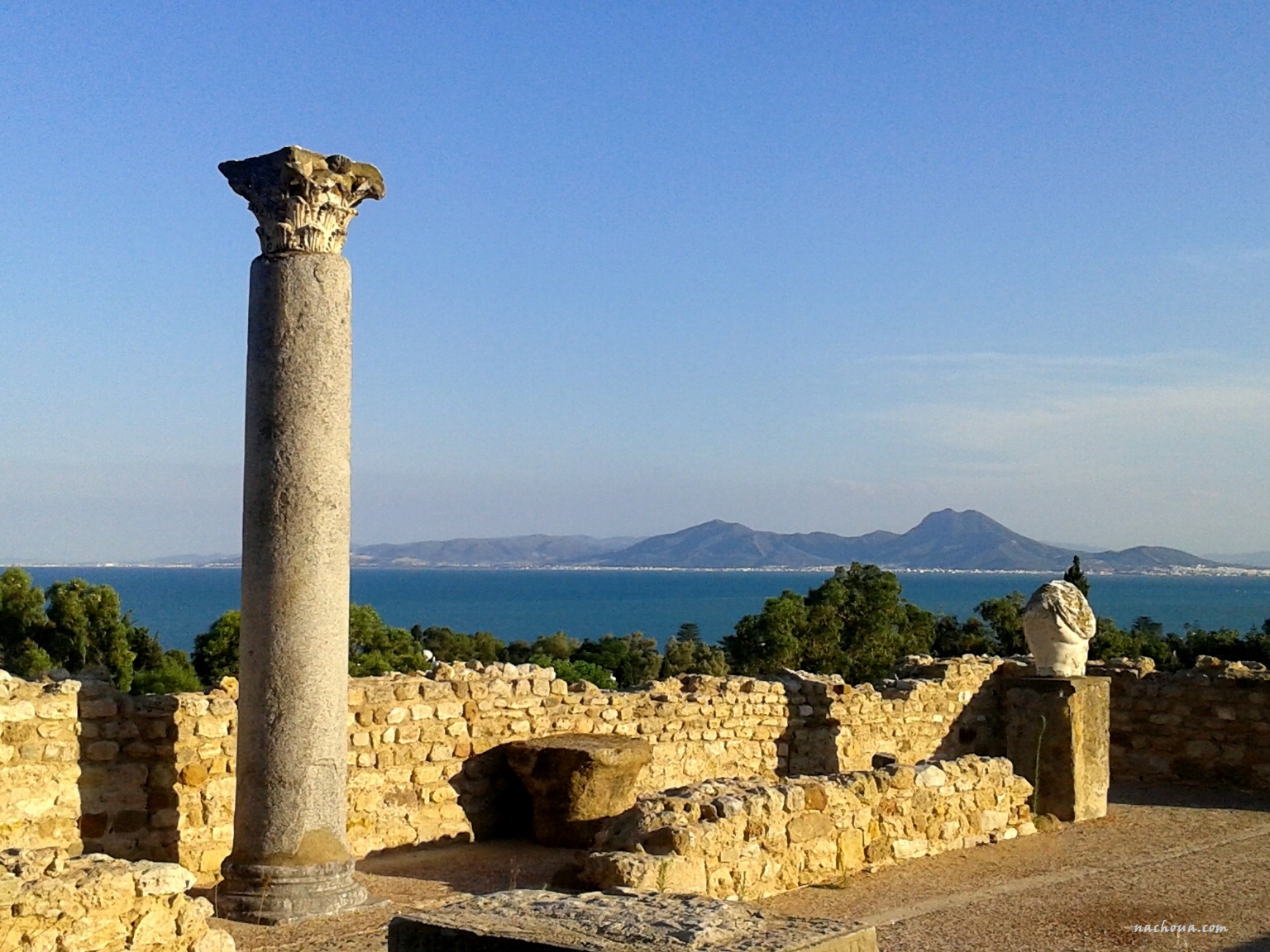 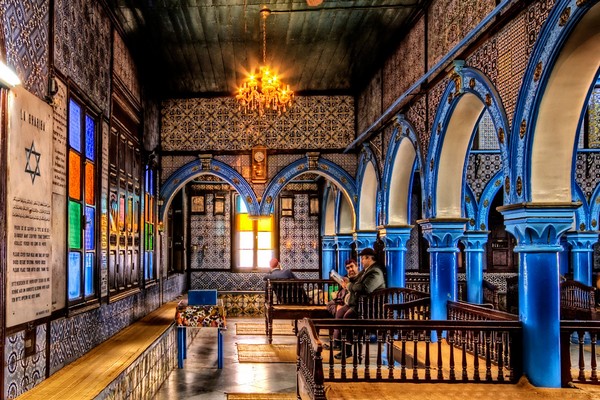 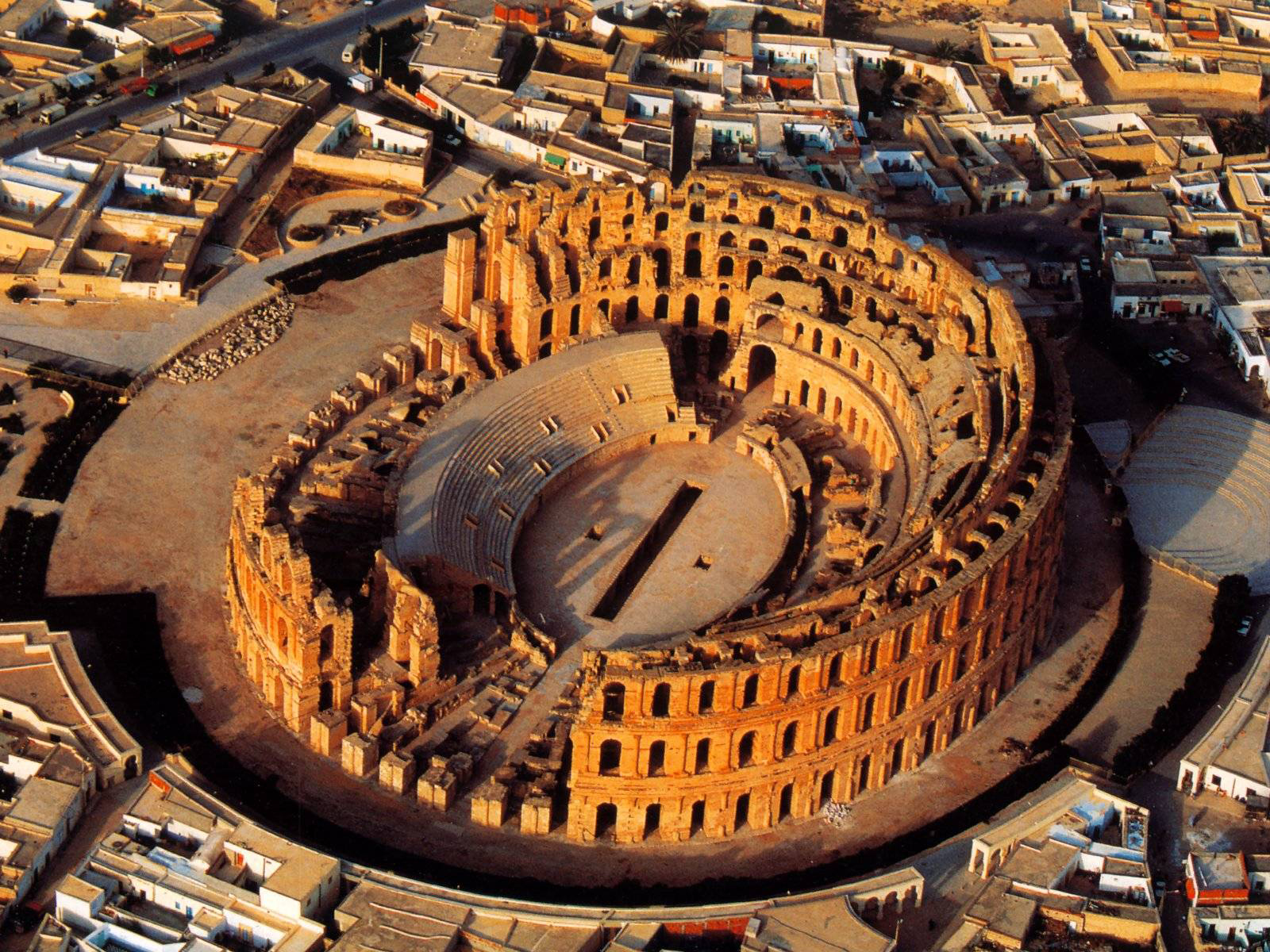 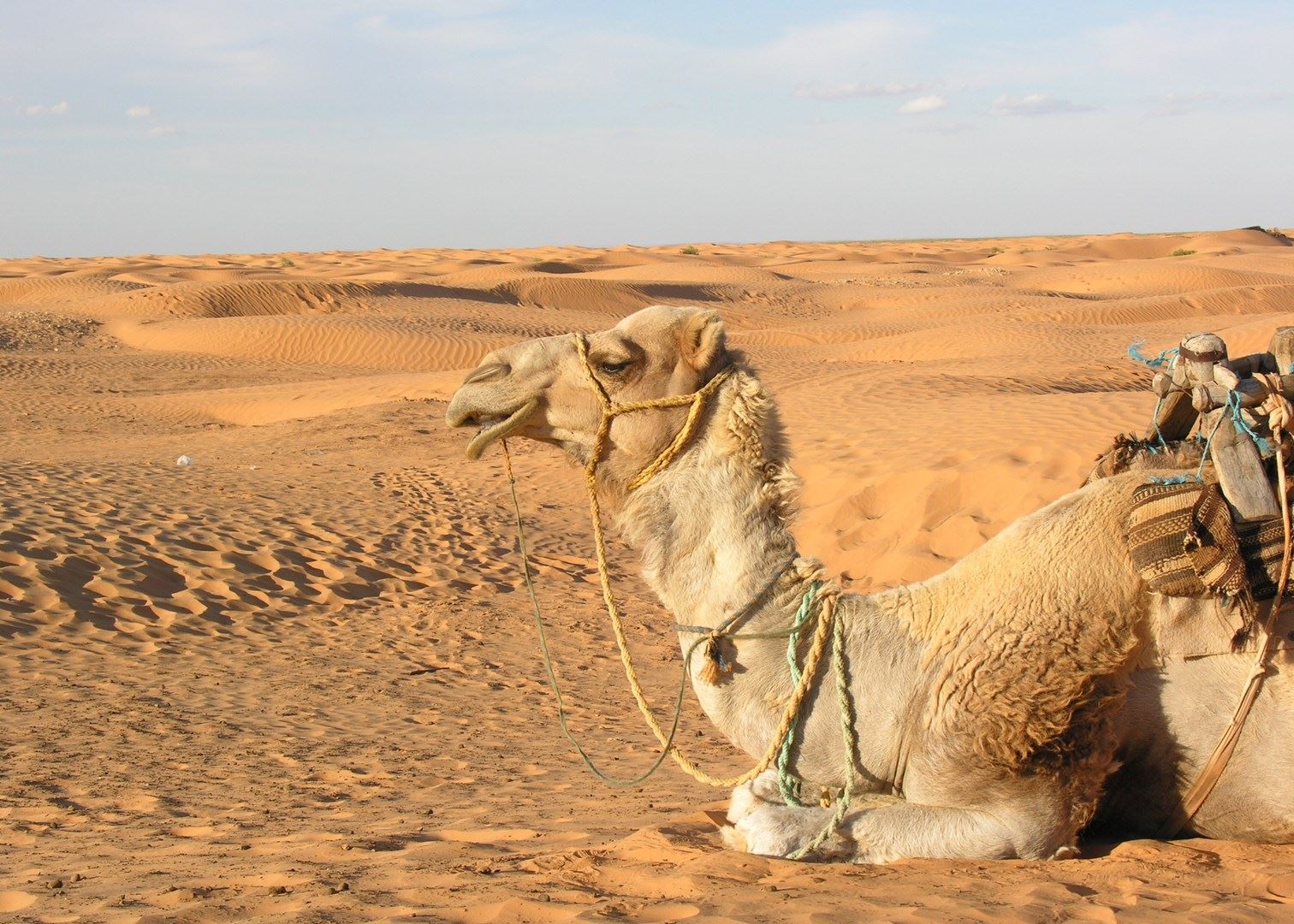 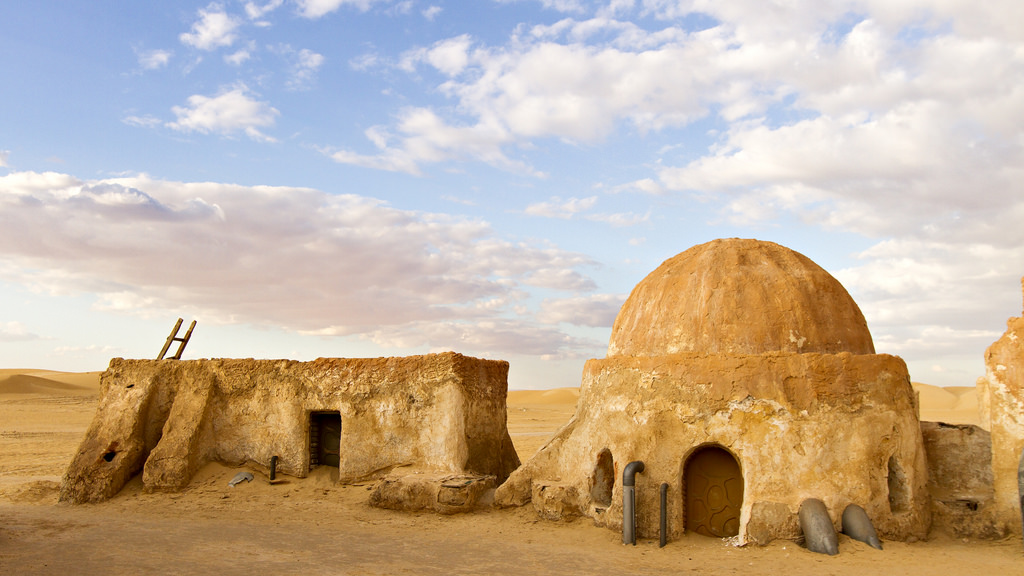 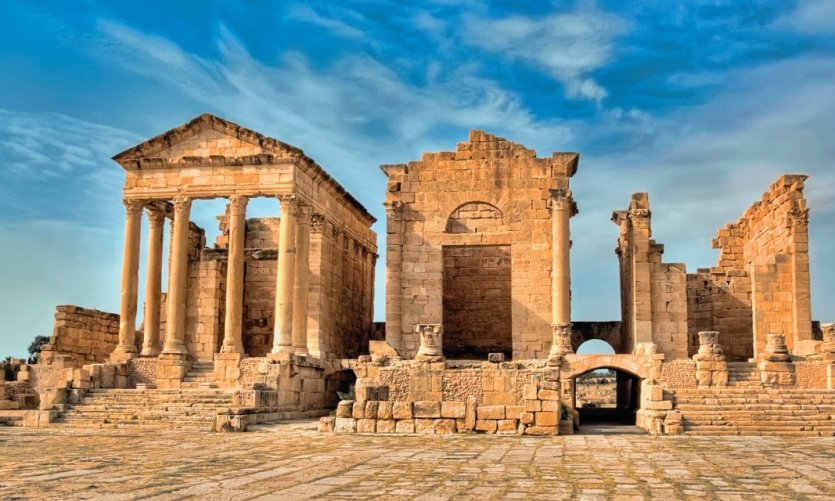 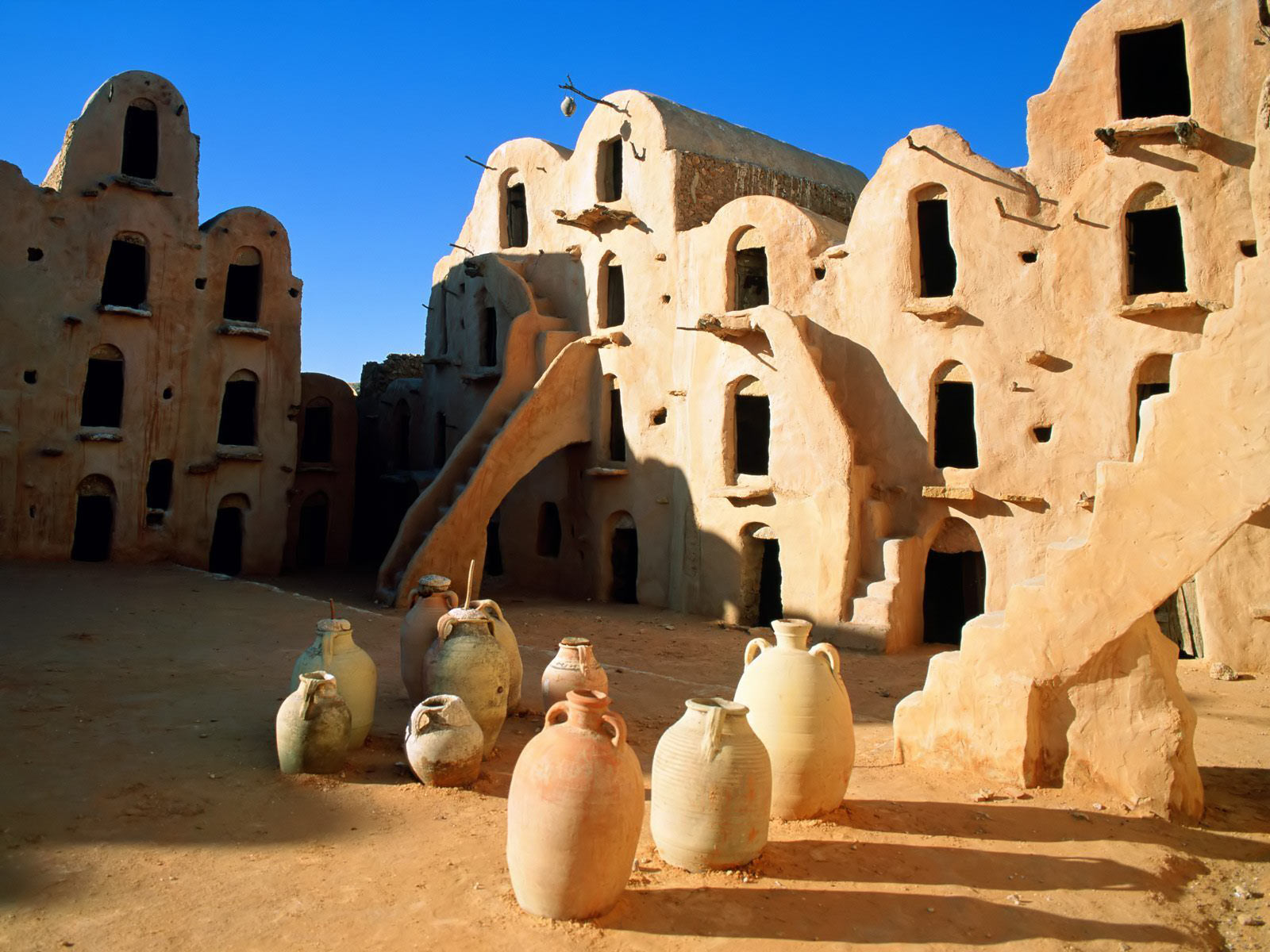 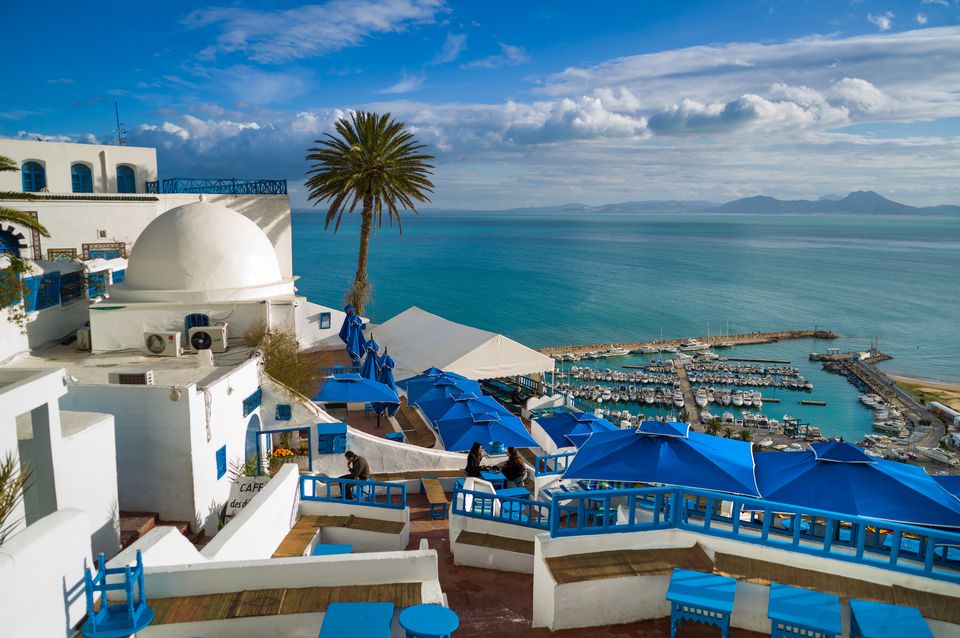 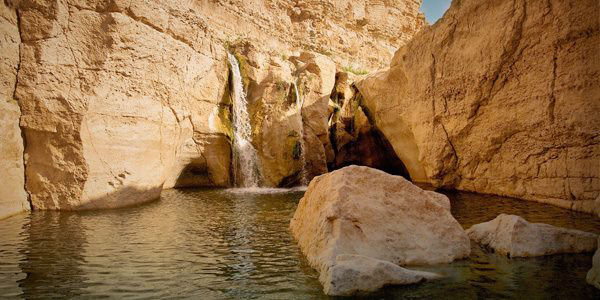 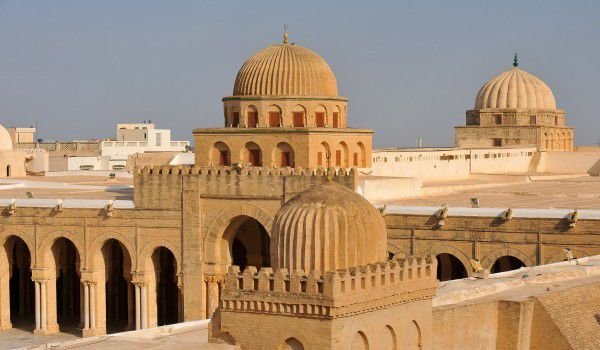 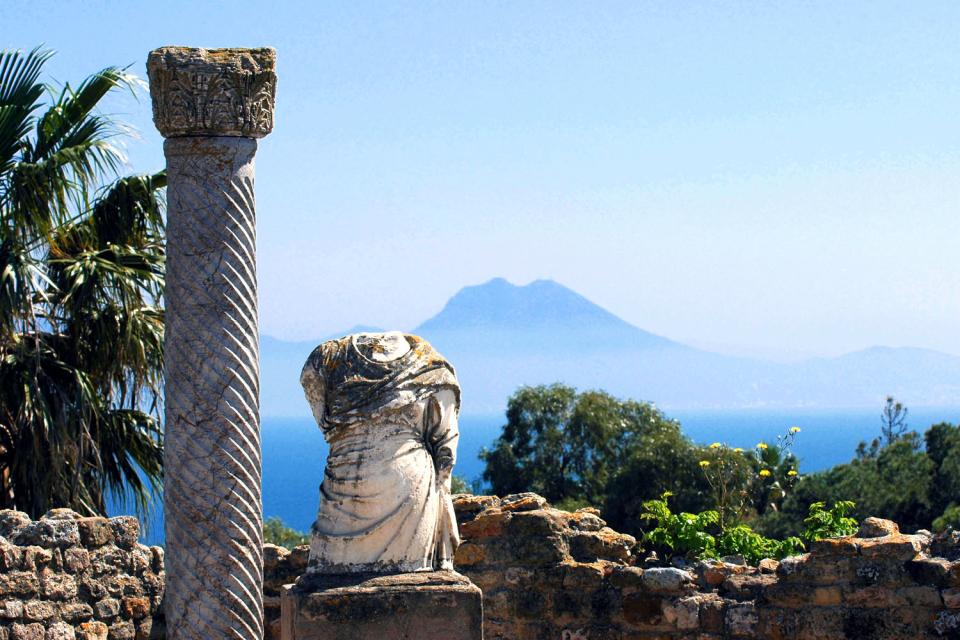 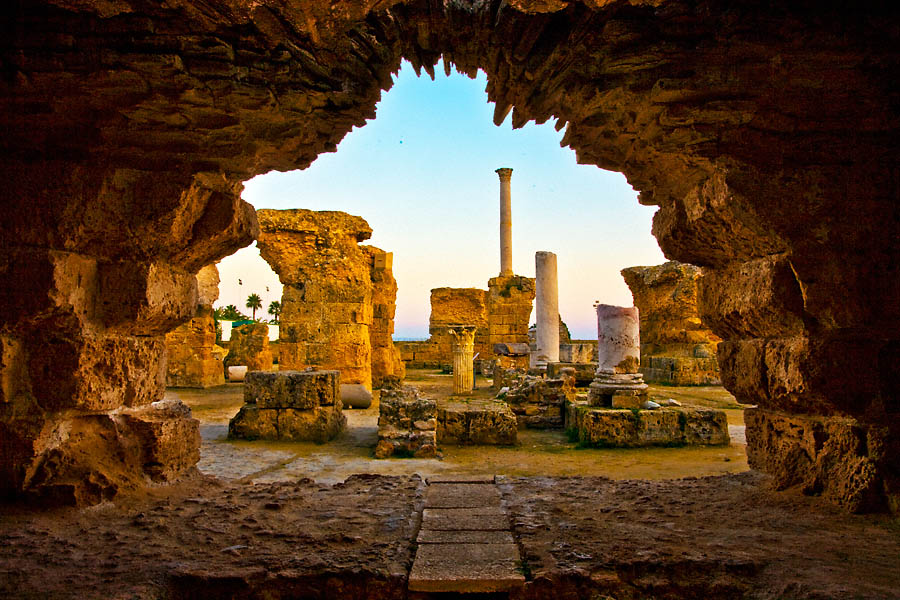 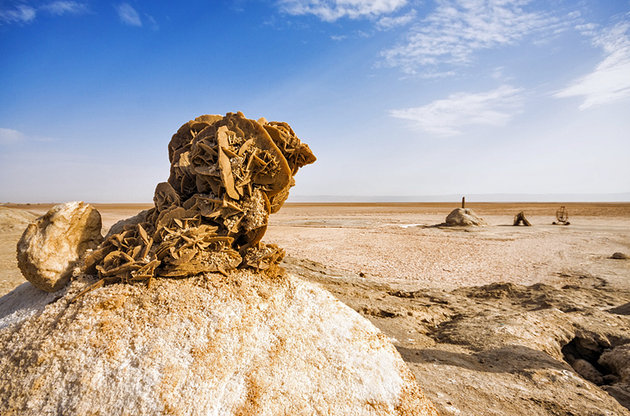